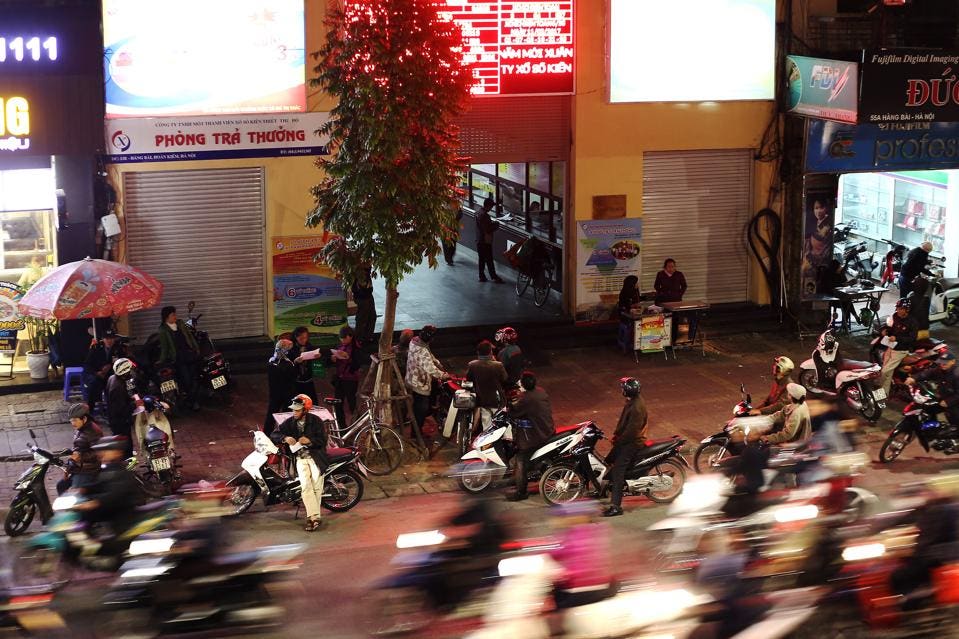 Rewind to 2006: Beijing’s subway system had four lines (today it has 19), Shanghai’s had five (16 today), and Guangzhou’s had five (10 today). The first link in China’s 13,500 mile (22,000 kilometer) high-speed rail network had not yet opened. Average manufacturing wages in China were $3,100 a year — and that’s updated to 2017 U.S. dollars. China was still three years away from being officially recognized as a middle-income country.

Fast-forward 11 years, and  Vietnam is the ambitious new kid on the block. Manufacturing wages are around $2,900 a year and rising fast.Hanoi and Ho Chi Minh City are both buildingsubway systems, and a high-speed rail line to connect the two is back on the agenda despite being shelved in 2010 as too expensive. With economic growth running at 7%, Vietnam’s financial fundamentals are changing every quarter. 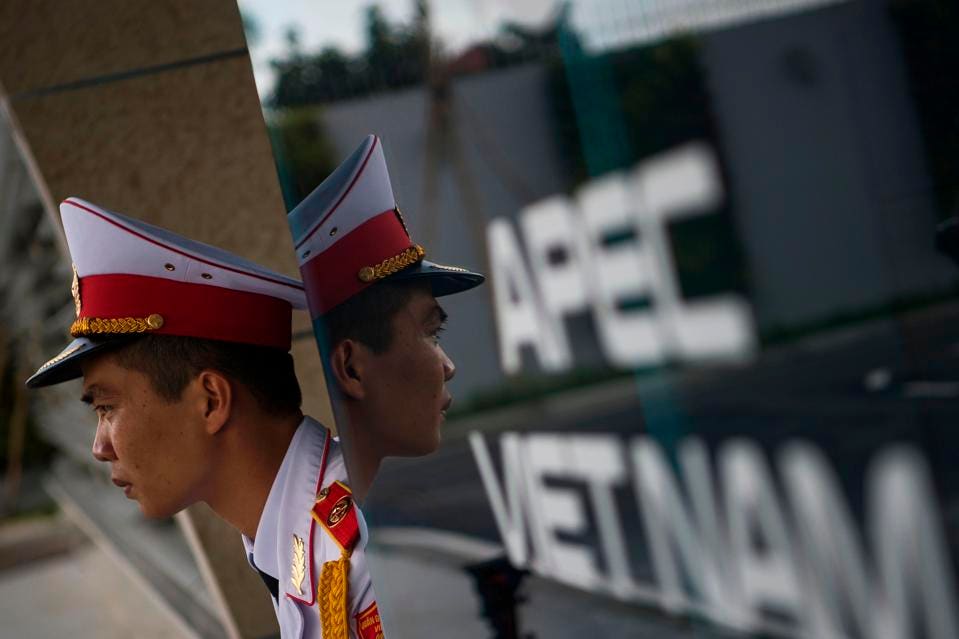 A member of a Vietnamese honor guard stands guard during the arrivals of leaders at the international airport ahead of the Asia-Pacific Economic Cooperation (APEC) Summit in the central Vietnamese city of Danang on November 9, 2017. (Photo credit: YE AUNG THU/AFP/Getty Images) 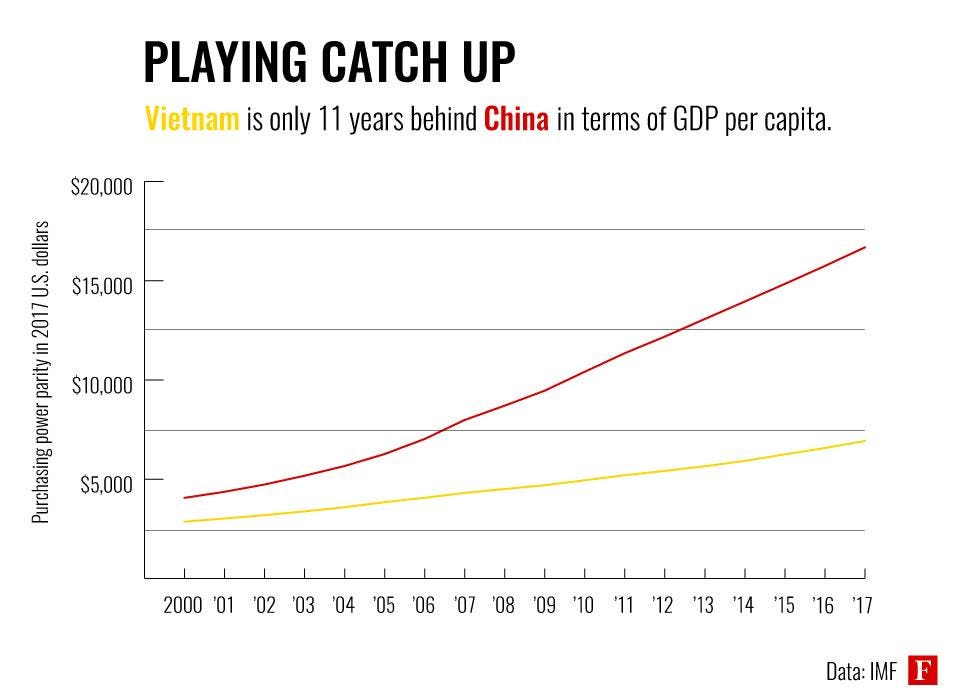 Over the last 11 years, Vietnam’s economy has grown at a compound annual rate of 5.0% in per capita terms, according to calculations based on IMF data. That’s far short of China’s 8.2%, but nothing to sneeze at. And as China’s growth is inevitably slowing as it reaches the top of the world’s middle-income bracket, Vietnam’s growth seems to be accelerating as it breaks into the lower ranks of middle-income countries.

Part of Vietnam’s growth is coming from China itself. Chinese companies have begun offshoringmanufacturing jobs to Vietnam to take advantage of the country’s much lower wages. The last 11 years of growth in China have raised even the poorer provinces of western China up to global middle-income levels. Southeast Asia is the new frontier.

Despite political tensions between the governments in Hanoi and Beijing, Vietnam is well-placed to attract Chinese investment — and investment from other companies looking to diversify their manufacturing base. Nearly all of Vietnam is easily accessible by sea; there are no security issues of the kind that prevent investment in North Korea; and Vietnam’s governing Communist Party’s « Doi Moi » (renovation) reform agenda is similar to the one that fostered China’s rapid economic transformation.

For the last 70 years, one east Asian country after another has found prosperity as economic development has spilled over from rising countries to their poorer but hungrier neighbors. This « flying geese » pattern lifted first Japan, then the « four tigers » of South Korea, Taiwan, Hong Kong and Singapore, and finally China out of poverty. Those same geese are now settling on Vietnam. The 2017 APEC meetings may be the coming out party for Asia’s next economic giant.